International Review of the Year on Police Violence

n 2020, the entire world was shaken by the Corona pandemic 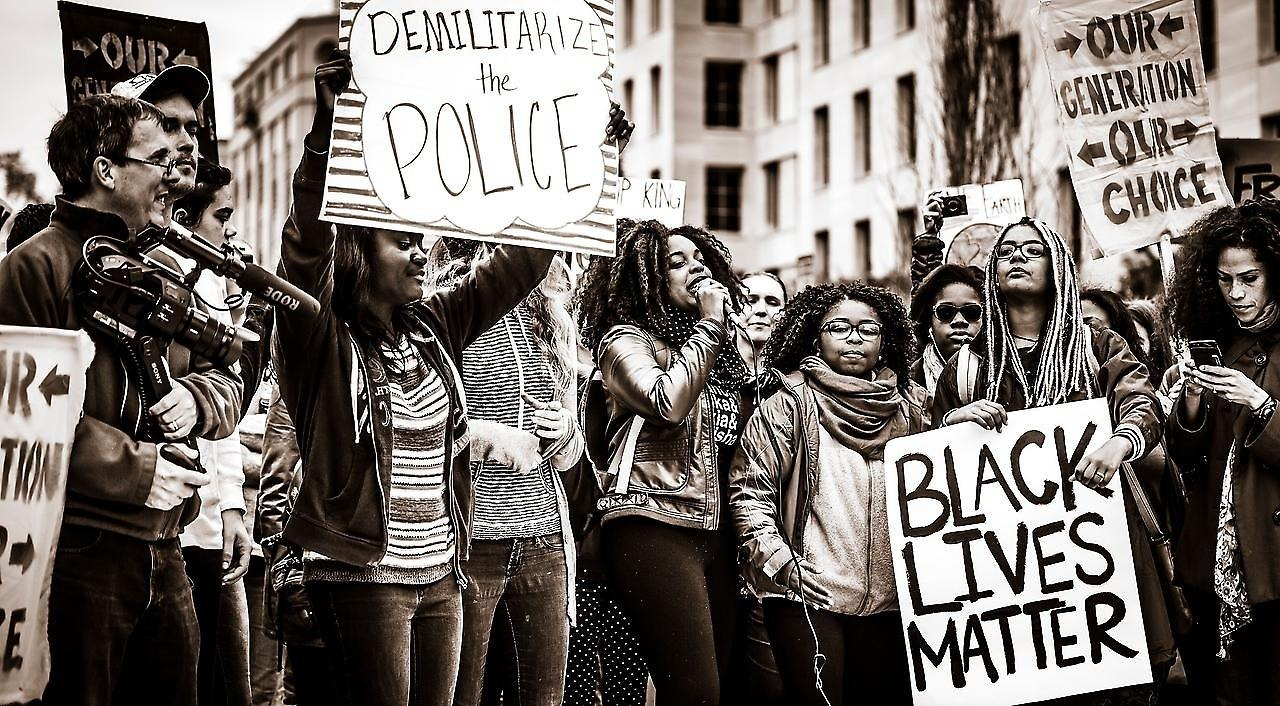 In 2020, the entire world was shaken by the Corona pandemic. Restrictions on fundamental rights came into effect in many countries. The executive branch in the form of governments intervened strongly in various areas of life, and by passing regulations and laws, a legal framework was created in which the pandemic and the spread of the virus were to be better controlled. In this process, the police also played a significant role as an executing and controlling authority. However, their actions were frequently the subject of criticism and outrage this year, and police violence shaped many public debates around the globe.

For this reason, we look back on the past year. We would like to use some examples to show that police violence is part of many people’s everyday lives, but that there is also resistance in many places against a police force that often acts violently and disproportionately. The article does not claim to provide a complete overview of police violence and the global protests against it. Rather, it is meant to illustrate that there are efforts around the globe to set limits to an executive branch that is becoming increasingly authoritarian and taking more and more liberties.

Ongoing violence by police was made painfully clear again this year by the death of George Floyd and the protests that followed.

George Floyd was murdered on May 25, 2020 in Minneapolis, in the state of Minnesota following a police control by an officer because the officer knelt on his neck until he suffocated. Several videos of the murder went viral on social media. Floyd’s last words, “I can’t breathe,” are symbolic of the racist police violence that is part of everyday life for many people in the United States. In 2014, they were also the last words of African-American Eric Garner, who was also murdered by a police officer.

In Nigeria, two people were shot dead by the police’s Special Anti-Robbery Squad (SARS) on October 3 and 5, 2020. A video of the first killing, shared on Twitter, led to protests taking place across the country. Thousands took to the streets to demand the dissolution of the Special Anti-Robbery Squad: #EndSARS. During the protests, which led to heavy clashes between demonstrators and police, many people died. Tear gas and water cannons were used by the police and live ammunition was fired into the crowd.
The immediate dissolution of SARS was announced by the Nigerian police on October 11. Many of the protesters remained skeptical of the announcement, as similar announcements had been made before without any significant change.Protests continued nonetheless. A key demand is an independent investigation and prosecution of past crimes in which SARS and the Nigerian police have been involved. The police force is alleged to be significantly involved in extortion, rape, theft, torture, murder, and further human rights violations. Between 2017 and 2020, 82 cases of torture, abuse, and murder committed by SARS were documented [2].
The #EndSARS campaign, launched in 2017, enabled the people of Nigeria to respond quickly and unitedly to the brutal police violence. Rallies and demonstrations were held in several countries in support of demands to dissolve SARS.

During the ongoing protests in Hong Kong against the extradition law to China, which lasted throughout 2019, there was massive police violence against the demonstrators. The use of rubber bullets, water cannons, pepper spray, tear gas and batons also dominated the images in European news coverage. One of the 5 demands of the demonstrators was an independent investigation into the ongoing police violence.This investigation was rejected consistently by the head of the Hong Kong government, Carrie Lam.The outbreak of COVID-19 in Hong Kong in January 2020 led to a sharp drop in participation in the protests, where hundreds of thousands had previously demonstrated. In May 2020, the Communist Party of the People’s Republic of China proposed a new national security law for Hong Kong. This is intended to punish seperatism and subversion and to prevent activities that damage the national security of the PRC. In addition, China is to deploy national security forces in Hong Kong in the future and create necessary local offices there. Despite strong protests, the law was passed at the end of June. It represents a massive interference in autonomy and an attack on the rule of law in Hong Kong. Since the protests began in June 2019, more than 6,000 arrests have been made and more than 2,000 people have been injured. Police fired 16,000 tear gas rounds and 10,000 rubber bullets at protesters. [3] Since the security law came into force in July, a new wave of repression against pro-democracy activists, as well as other parts of the population, has been underway in Hong Kong. So far, some have been sentenced to several years in prison in trials. [4,5]
An independent investigation into the police violence has not yet been undertaken.

4. Michel Zecler and law against filming police in France

In France, the case of Michel Zecler caused an outcry. On 26th November 2020, a video was published on Twitter [6] showing how the Black music producer was followed by 4 police officers into his music studio for no reason and was beaten up there. Afterwards, he was able to prove his innocence by this video and sue the officers. In addition to the accusation of “intentional use of force”, all four officers were accused of making false statements [7]. This accusation referred to the police report filed after the incident. It stated that “a strong smell of cannabis” had emanated from Mr. Zecler and that he had resisted a search. This clearly shows that there was a deliberate attempt by the police officers to create their own narrative of the incident in order to cover up their crimes. It also reveals how important film recordings are for the conviction of police officers, who would have been able to continue their work with impunity without them.
At the same time, a law was passed in France that makes it a crime to distribute photographs and film footage of police operations. As a result, there were large protests throughout the country on several days, in which far more than a hundred thousand people participated. The parliament has announced that it will revise the relevant article in the law, but a new version has yet to be drafted.

There is also a continuity of police violence in Germany. The incidents in August 2020 in Frankfurt, Hamburg and Düsseldorf [8,9,10], in which teenagers or young adults were brutally attacked by the police, underline this. Racial profiling plays a significant role in this, officers allegedly arbitrarily control people in public spaces. But these controls are not arbitrary. They are based on social and economic concepts of discrimination. For example, people are stopped by the police because they are poor, young, Black, people of color or migrants. Or because they behave suspiciously in the eyes of the police or do not fit into the common image of gender concepts.
But also in Germany protests took place within the context of the Black Lives Matter movement and beyond, denouncing police misconduct, racist police controls and links between the police and right-wing terrorist groups.