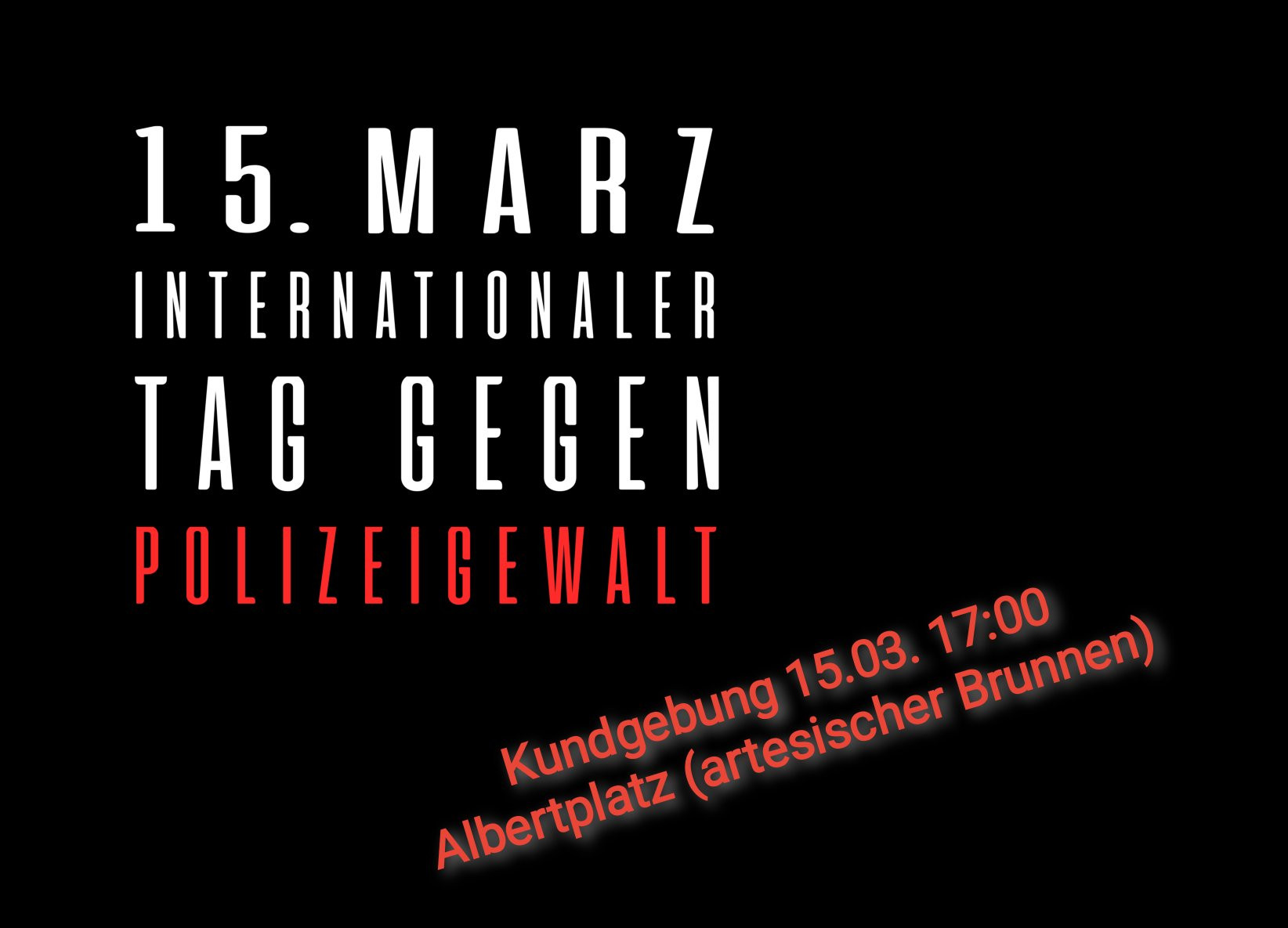 When? 15 March 17:00
Where. Albertplatz (arthesischer Brunnen)
According to the Death in Custody initiative, at least 6 people have died in police custody in 2021. In the recent case of Giórgos Zantiótis, who died in Wuppertal police custody, the death was revealed in a long process by journalists* and activists. Meanwhile, the prosecution pointed out that it was not of interest to the public.
Moreover, almost 2 years have passed since the Covid pandemic began. Since then, the police have gained even more power. The change in the exceptional situation gave the police the opportunity to carry out constant checks. In the process, police violence and harassment became more frequent. The constant control and surveillance throughout the pandemic thus led to an even greater normalization of repression and police violence in our society.
However, this does not affect everyone to the same degree. Homeless people, refugees and migrants, BIPoC, young people, people in their daily lives or COVID rule breakers are particularly affected.
We do not want to let all this go uncommented! Therefore, come with us on March 15 at 5 pm to Albertplatz. Together we want to point out the socially and politically often suppressed problem of police violence. We also want to remember all those people who were murdered by the police. Tell your friends!