Lecture of the collective "Désarmons-les!" as part of our week of events for the International Day Against Police Violence 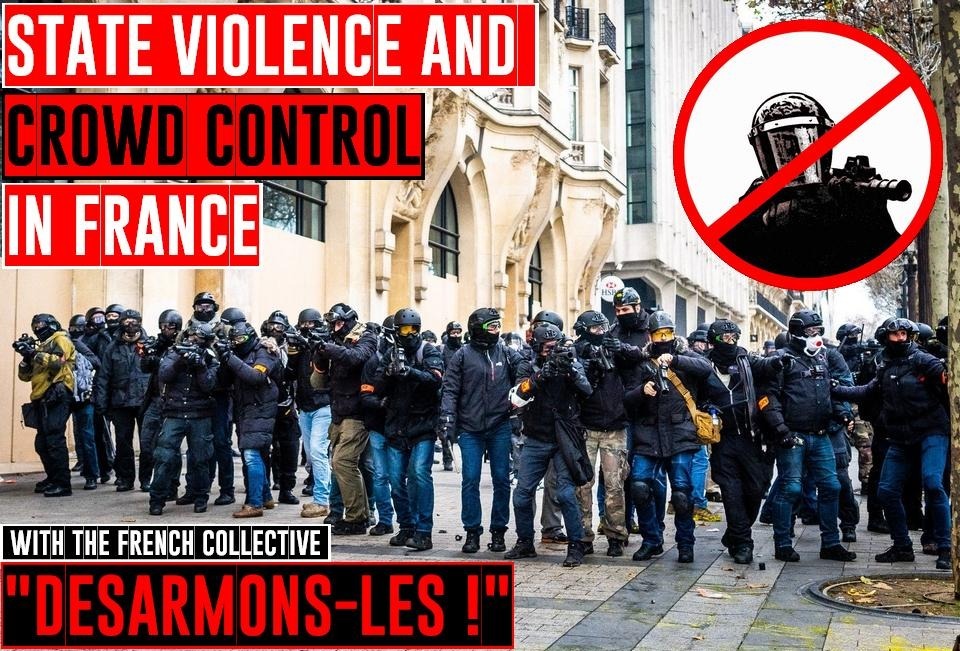 As part of our week of events for the International Day Against Police Violence, the collective "Désarmons-les!" will give their lecture "State violence and crowd control in France".

In the lecture, the collective will share their analysis on the evolution of police and law enforcement policies for 50 years in France. Especially in relation to how this evolution sheds light on the vicious circle that leads the colonial state and capitalism to totalitarianism.

The talk will be in English and there will be a whispered translation into German. Please test yourself beforehand, if that is not possible we will provide free rapid tests on site. 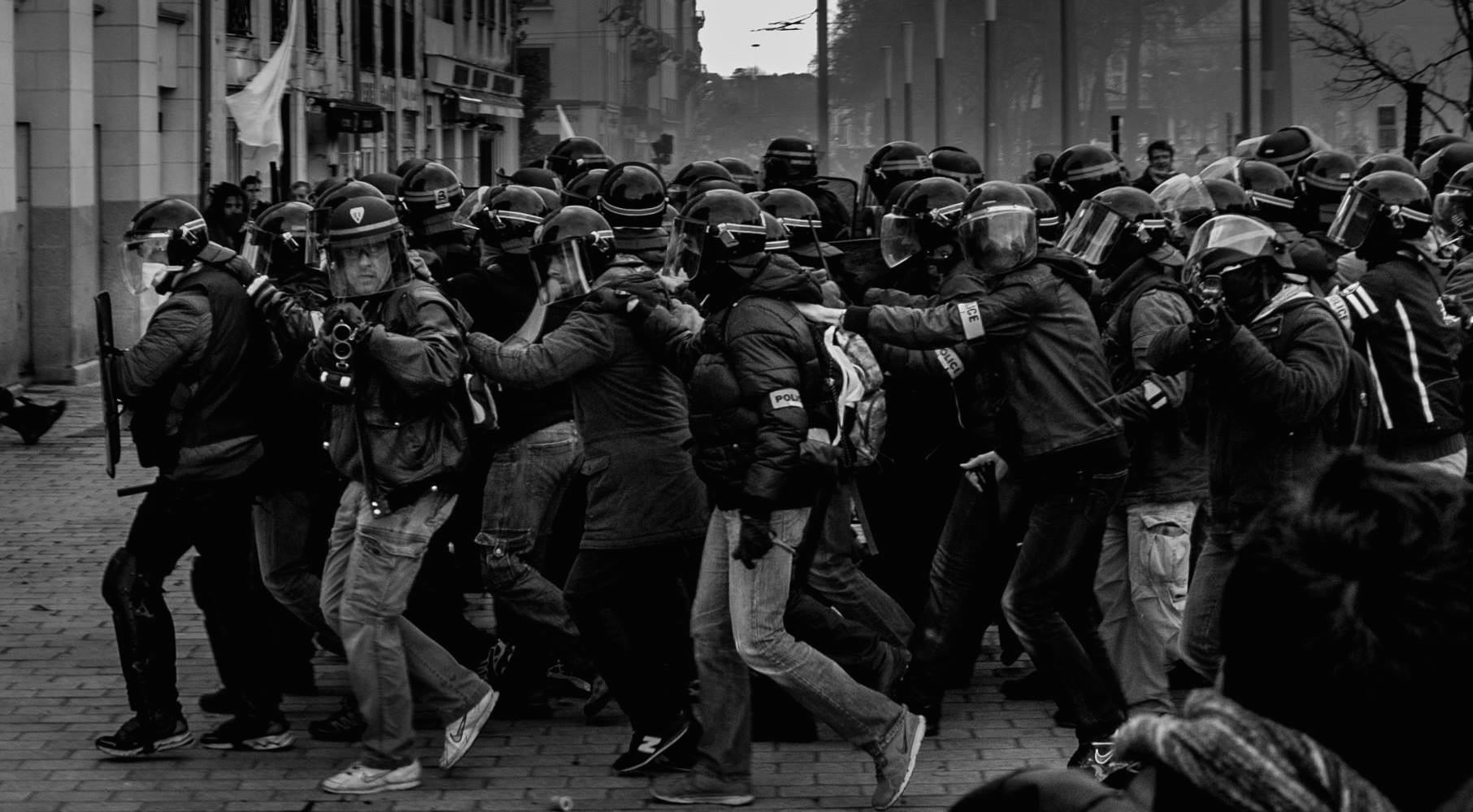 PRESENTATION OF THE COLLECTIVE "DESARMONS-LES!"
Désarmons-les! (Let's disarm them!) is a libertarian collective formed in France in 2012 by activists and people injured by police weapons (grenades and rubber balls).
Its actions consist in informing widely about the weapons and means used by the police, with the aim of protecting against and fighting them. The collective works to disarm the police, physically (direct action) and intellectually (information and advocacy), through a radical and revolutionary approach, refusing any dialogue with the institutions. It supports materially, psychologically, legally and politically the victims of police violence. It organizes conferences, public debates, screenings and support actions.
In 2012 and 2013, the collective structured itself in contact with street medics, mutilated people and brothers and sisters of people murdered by the police. It published the first version of an information leaflet on weapons and techniques used for law inforcement in France, updated every three years.
At the end of 2014, following the death of Rémi Fraisse, an environmental activist killed by a grenade thrown by a gendarme, the collective co-founded a national network with 14 mutilated people and their support groups, the Assemblée des Blessé-es ("Assembly of the Injured"). The people concerned are not only political protesters, but also residents of working-class neighborhoods or football supporters. Désarmons-les! is also in solidarity with "non-activists", and in particular towards those who are less visible because of their social condition.
In 2015 and 2016, directly concerned by the repressive measures implemented during the state of emergency (house arrest, bans on demonstrations), the collective got a greater interest in the colonial history of the repressive state apparatus and began to organize debates throughout France about the history of policing.
The collective's website and Facebook page were created in 2016:
http://desarmons.net/
https://www.facebook.com/desarmons2012/
Contact details are publicly available for the injured and their relatives and supports :
Email: desarmons-les@riseup.net
Telegram : @DesarmonsLes
The collective intervenes in trials against police officers accused of violence as "moral witness" for victims, to provide independent expertise on weapons and their uses.
In 2018 and 2019, with the military operation to evacuate the Temporary Autonomous Zone of Notre Dame des Landes, during which a demonstrator had his hand torn off by a grenade, then the repression of the Yellow Vests revolt, during which 29 people lost an eye and 4 people had their hands blown off, the collective benefited from greater visibility and came into contact with many injured people, organizing a collect of money to support them.
The collective also participates in a national collective defense network, made up of around fifteen legal defense collectives from different cities, the RAJCOL network.
At the beginning of 2020, the collective supports the broadcasting of a film directed by one of its members and exclusively giving the word to victims of racist police violence in the French suburbs, "A Nos Corps Défendants".
He also establishes international links, wishing to strengthen cooperation with activists against police violence, particularly in Hong Kong, Chile, Lebanon and elsewhere, from a radical, revolutionary and internationalist perspective. 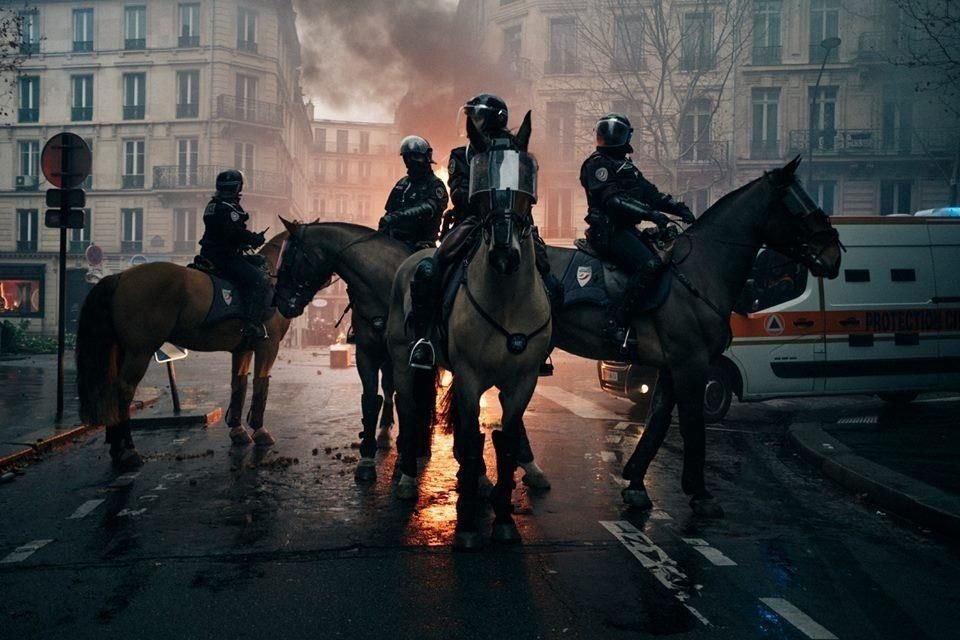